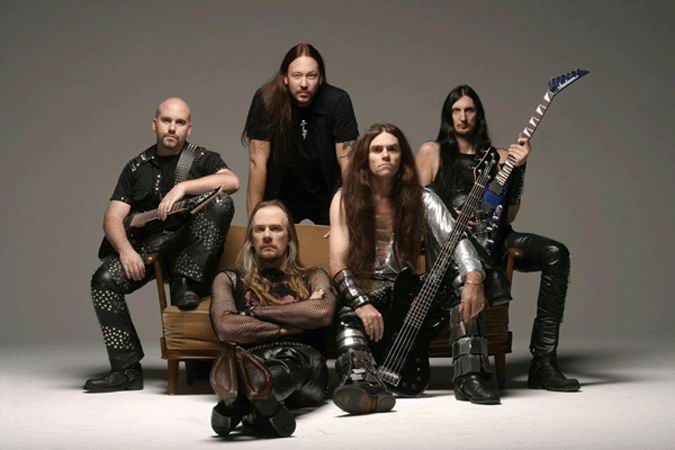 Musical genre called Power Metal consists out of fast pace, great melody and very high quality of the production. Guitarist and bassist are performing rhythmic musical passages with a pace which easily changes from fast cords to the slower ones. A lot of bands who are playing Power Metal also use keyboards, which create a special atmosphere for the music. Sounds of drums consist out of continuous line of two barrels, with an emphasis on the rhythm of the snare drum. Vocals are usually clean and performed by the high-pitched voice and often falsetto, sometimes choral backing vocals are used.

Power Metal are based on the social, historical and personal themes. Musicians find their inspiration in mythology, fantasy, science fiction and even in religion. Texts are mostly optimistic unlike the lyrics included in the songs performed by other metal trends.

Musical genre Power Metal was formed in Germany between 80s and 90s and emerged instead of the Speed Metal, but differed from the latter with its pronounced melody. The founder of this genre is considered Helloween band, which in 1987-1988 produced a double albom called "Keeper of the Seven Keys" which later became a model for the Power Metal genre. Also a great influence on to the genre was exerted by the Gamma Ray band, with their album called "Land of the Free". This popular album later had an impact on the faith of the genre and helped forming it in to the self-sufficient musical style.

Then Power Metal started to spread trough out the Europe, where a lot of the popular bands were formed, amongst them Stratovarius, Sonata Arctica, Nightwish bands. Some bands such as Blind Gurted to spreadardian started to combine original Power Metal with some orchestra themes, and this combination according to a lot of listeners made music sound much better and gave to the genre needed push to the future experiments with a style. By the middle of the 90s this musical genre became popular around the world and a lot of new compositions, songs and bands were created. Amongst popular bands we can name Running Wild, Rage, Scanner, Rhapsody, Iron Savior, HammerFall, Edguy, Labyrinth, Nocturnal Rites.

© www.metal-tracker.com   Photo HammerFall
Back to top