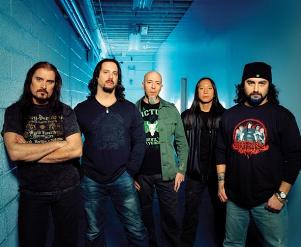 Vocals most of the time are "clean" with elements of brutality, which are changing depending on the influence of other musical genres. Text lyrics are very complex and can touch on the different topics, while making listeners think. Progressive Metal is very hard for an unprepared listener and mostly geared towards specific audience who could really understand and appreciate such music.

Progressive Metal was formed between 60s and 70s under the influence of famous bands such as King Crimson, Yes, Pink Floyd, Cream, Rush, Genesis, however it became a fully grown genre only by the middle of the 80s, with help of Demon, Dream Theater, Fates Warning и Queensryche bands. These bands combined together elements of the progressive rock and heavy metal thus forming the sound of the genre.

In the beginning of the 90s this genre became famous and popular all over the world because of the Queensryche band who could take Progressive Metal on the radio and television. Band opened the genre to the wide audience. And soon other bands started to form, which helped to develop the genre. While experimenting with different techniques and styles they enriched the music with new and unique themes. The most popular bands which are playing Progressive Metal are Magellan, Ayreon, Fates Warning, Mercyful Fate, Watchtower, Royal Hunt, Psychotic Waltz, Symphony X, Тооl, Depressive Age, Mekong Delta, Elegy, Shadow Gallery, Black Symphony, Queensryche, Savatage.